In Memory of Thomas Luckmann. A Personal Anecdote.

On May 10th, the influential sociologist Thomas Luckmann who had been Professor of Sociology at the University of Konstanz for almost 25 years passed away at the age of 88.  In his obituary published on http://www.schutzcircle.org, sociologist Dr. Jochen Dreher summarises Thomas Luckmann’s biography and outstanding scientific contribution that went well beyond the realm of academia (excerpt):

Thomas Luckmann is one of the most significant representatives of German after-war Sociology and already during his lifetime has been considered one of classical thinkers of the sociological discipline. His major publications are The Social Construction of Reality (1966) together with Peter L. Berger, establishing a new sociology of knowledge; The Invisible Religion (1967), which refounded the sociology of religion, and the standard work The Structures of the Life-World (1975/1984), initiated by his teacher Alfred Schutz and completed by Luckmann. The Social Construction of Reality is one of the most influential publications of the sociological discipline; the American Sociological Association considers it to be one of the ten most important books in Sociology and it was translated into thirteen different languages.

With the death of Thomas Luckmann, we lose an outstanding and exceptional thinker of the human sciences and one of its finest persons.

For additional information, I highly recommend watching the very insightful and entertaining interview Jochen Dreher conducted with Thomas Luckmann on the occasion of the 50th anniversary of “The Social Construction of Reality”:

However, to me personally, remembering Thomas Luckmann will always be connected to my stay in Armenia.  It was in September 2012, shortly before starting my PhD project, that I had the privilege to meet him. Together with three colleagues of mine from the University of Konstanz, I went to attend a conference on the “Social Construction of Reality. Chances and Risks for Human Communications“ in Yerevan at which Thomas Luckmann was keynote speaker. The setup was a bit different from your usual conference: one panel offered students and doctoral students the opportunity to present their work in front of Thomas Luckmann who afterwards commented each presentation.

It’s needless to say how excited and nervous I was! Not only was it my very first conference attendance, the first time being in Armenia and presenting in English but on top of that, my early scientific ruminations on phenomenological and sociological aspects of the flag-raising photographs of Iwo Jima and Ground Zero (German publication) were to be commented by a scholar who had (and still has) a tremendous influence on the way I view the world.

“To the first conference in Armenia, for Melanie Brand” Thomas Luckmann

However, the whole setup did not quite work out as planned and things turned a bit…uhm…let’s just say ‘confusing’. Only shortly before our presentations, we were informed that our speaking time had been cut in half. Overcome by a rush of panic, I tried in vain to shorten my talk and painfully deleted some of the paragraphs that had been prepared so thoughtfully, every word and phrasing had been polished for the special event.

At the University of Yerevan, the atmosphere was tense. The conference organisers tried their best to accommodate the prominent sociologist who was known to suffer from a heart condition. Despite all objections uttered by those surrounding him, Professor Luckmann had been eager and quite persistent in his wish to engage in fly-fishing. This undertaking that would make it necessary to wade through a river was of course regarded sceptically by the conference organizers. Nobody wanted to risk the sociologists’ wellbeing. Thomas Luckmann on the other hand, did not share their concerns the least bit.

In his honour, the most prestigious room had been chosen for the ‘Meisterklasse’ during which junior scholars were to meet the professor emeritus. What nobody had anticipated were the highly disturbing clicketyclack sounds – a result of the elegant white marble floor and a number of excited high-heeled women, nervously walking in and out of the room, taking pictures and wanting to catch a glimpse of the University’s famous guest. Prof. Luckmann was irritated, his mood was lowering noticeably.

In proportion, my fear and panic grew. After having witnessed the ‘critical reaction’ my two colleagues had received as response to their presentations that included the forever memorable line “You did not convince me, you did not convince me at all!”, it was my turn. I tried my best to speak slowly, loud and clearly and hoped the content of my considerably shortened manuscript would still make any sense to the audience. In awe, I awaited Thomas Luckmann’s judgement that did not come as a surprise: he did not approve of what he had heard. I had been well aware before that he was no fan of combining phenomenological and sociological reflections – a research perspective Jochen Dreher coined “Parrallel Action” – and Luckmann was letting me know straightforward. In fact, he thought such an undertaking to be utter “nonsense”!

In retrospect, I think of my meeting with Thomas Luckmann as my academic baptism. It was bizarre and somewhat painful but I know he meant well and was giving me his honest opinion that day. I had been too afraid and shy to counter his criticism and had not made the slightest attempt to put forward my arguments or to strengthen my line of thinking. Today, roughly four years later, my reaction would probably be a different one. Nonetheless, I am very thankful for having made this notable experience and for having met Professor Luckmann at this early stage of my academic journey. I will keep our encounter   – that to me is way more than the amusing anecdote that it undoubtedly is – in good memory. 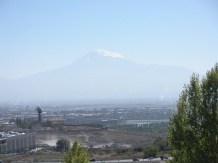